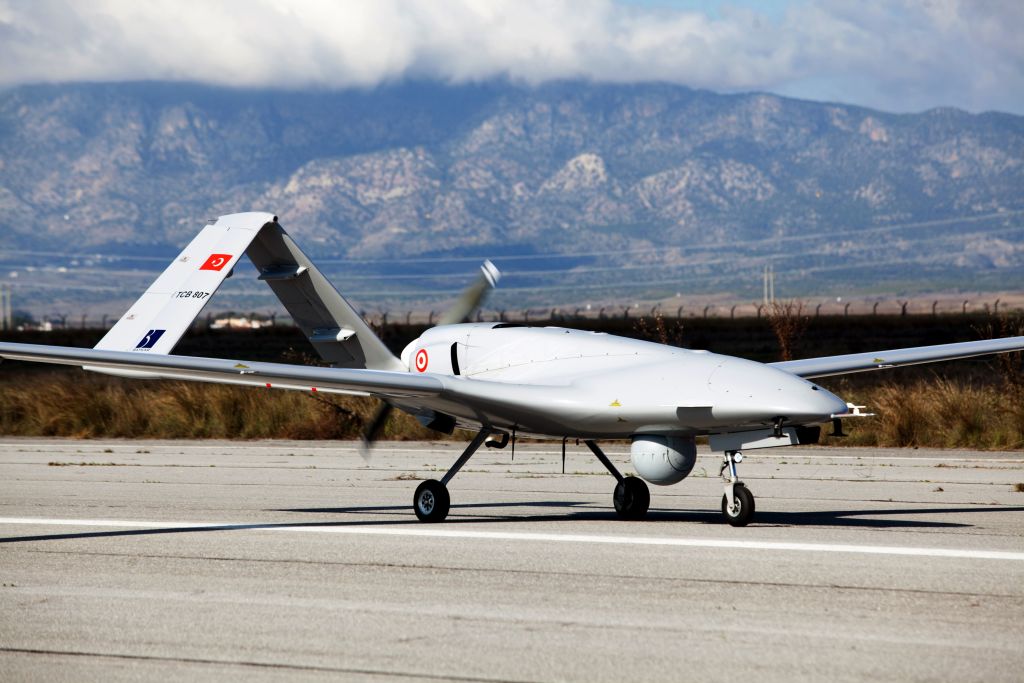 Bombardier Recreational Products (BRP) says it has suspended the delivery of aircraft engines to “countries with unclear usage” in the wake of reports that some of those engines are being used on Turkish combat drones deployed by Azerbaijan in fighting against Armenian forces in Nagorno-Karabakh.

The Quebec-based company — better known for its Ski-Doo and Lynx snowmobiles — said it became aware late last week that some of the recreational aircraft engines produced by its Austrian subsidiary, Rotax, are being used on Turkish Bayraktar TB2 unmanned aerial vehicles (UAVs).

“We have recently been made aware that some Rotax engines are currently used in military UAVs, and have started a thorough investigation immediately,” Martin Langelier, BPR’s senior vice president and the company’s spokesperson, told Radio Canada International in an email statement.

“In the meantime, we are suspending delivery of aircraft engines in countries with unclear usage.”

Langelier said that all Rotax aircraft engines are designed and produced in Austria exclusively for civilian purposes and are certified for civilian use only.

Canada suspended most exports of defence technology to Turkey in October of 2019 following the Turkish invasion of northwestern Syria.

Michel Cimpaye, a spokesperson for Global Affairs Canada, said exports of items on the country’s Export Control List require a permit only when exported from Canada.

Controlled goods and technology exported from another country, however, are subject to the export controls of that country, Cimpaye added.

Gabriele Juen, a spokesperson for the Austrian Ministry of Foreign Affairs, said the Rotax engines are used in various motorsports and drones could be used “for a multitude of solely civilian purposes.”

“The European Union Control List of Dual Use Items does not list the drone engine in question as a dual use good item,” Juen said. “As a consequence, no approval permit is required under Austrian legislation that regulates the export of defence-related goods.”

A loophole in arms control regimes

Kelsey Gallagher is a researcher with the disarmament group Project Ploughshares who has studied Canadian exports of drone technology to Turkey.

“I think this speaks to the fact that components such as engines should more frequently fall under regulations that we see for what we deem to be more conventional weapons,” he said. “Frequently, engines are not controlled as weapons systems even though they are integral, like other components, to the operation of a vehicle.”

On Monday, defence officials in Armenia displayed what they claimed are parts of a Bayraktar TB2 drone and its Canadian-made optical and target acquisition systems, as well as its Rotax engine.

A spokesperson for the Armenian Ministry of Defence said another Turkish Bayraktar TB2 drone was shot down by Armenian air defence units during fighting in Nagorno-Karabakh on Thursday.

Armenian Prime Minister Nikol Pashinyan has called on countries that supply components for the Turkish drone program to follow Canada’s example and suspend all exports of such components to Turkey.

Fighting in the breakaway Nagorno-Karabakh region of Azerbaijan, which is populated by ethnic Armenians, began on Sept. 27. It’s the most significant outburst of violence since a Russian-brokered ceasefire paused hostilities in 1994.

Armenia has repeatedly accused Turkey of supplying Azerbaijan with arms — including drones and F-16 fighter jets — as well as military advisers and jihadist Syrian mercenaries taking part in the fighting.

Armenian officials also have accused Azerbaijan of using the Turkish drones to not only target military forces but also to conduct strikes against civilian infrastructure across Nagorno-Karabakh and in Armenia proper.

Turkey and Azerbaijan have denied these reports. The Turkish embassy did not respond to a request for comment

Officials at Global Affairs Canada said they are investigating allegations regarding the possible use of Canadian technology in the Nagorno-Karabakh conflict and “will continue to assess the situation.”

However, senior Global Affairs officials speaking at Thursday’s briefing for MPs on the situation in Nagorno-Karabakh could not explain why an exemption was made for these exports in the first place, given the embargo announced in 2019 and renewed in April of this year.

Appearing before the standing committee on foreign affairs and international development, Shalini Anand, acting director general for export controls at Global Affairs Canada, said she could not discuss the issue of the permits because of “commercial confidentiality.”

Prime Minister Justin Trudeau specifically discussed the issue of WESCAM exports to Turkey with President Recep Tayyip Erdogan during a phone conversation in April, according to sources who spoke with Radio Canada International on condition of anonymity.

The issue was discussed again during their phone conversation on Oct. 16, according to the Prime Minister’s Office.