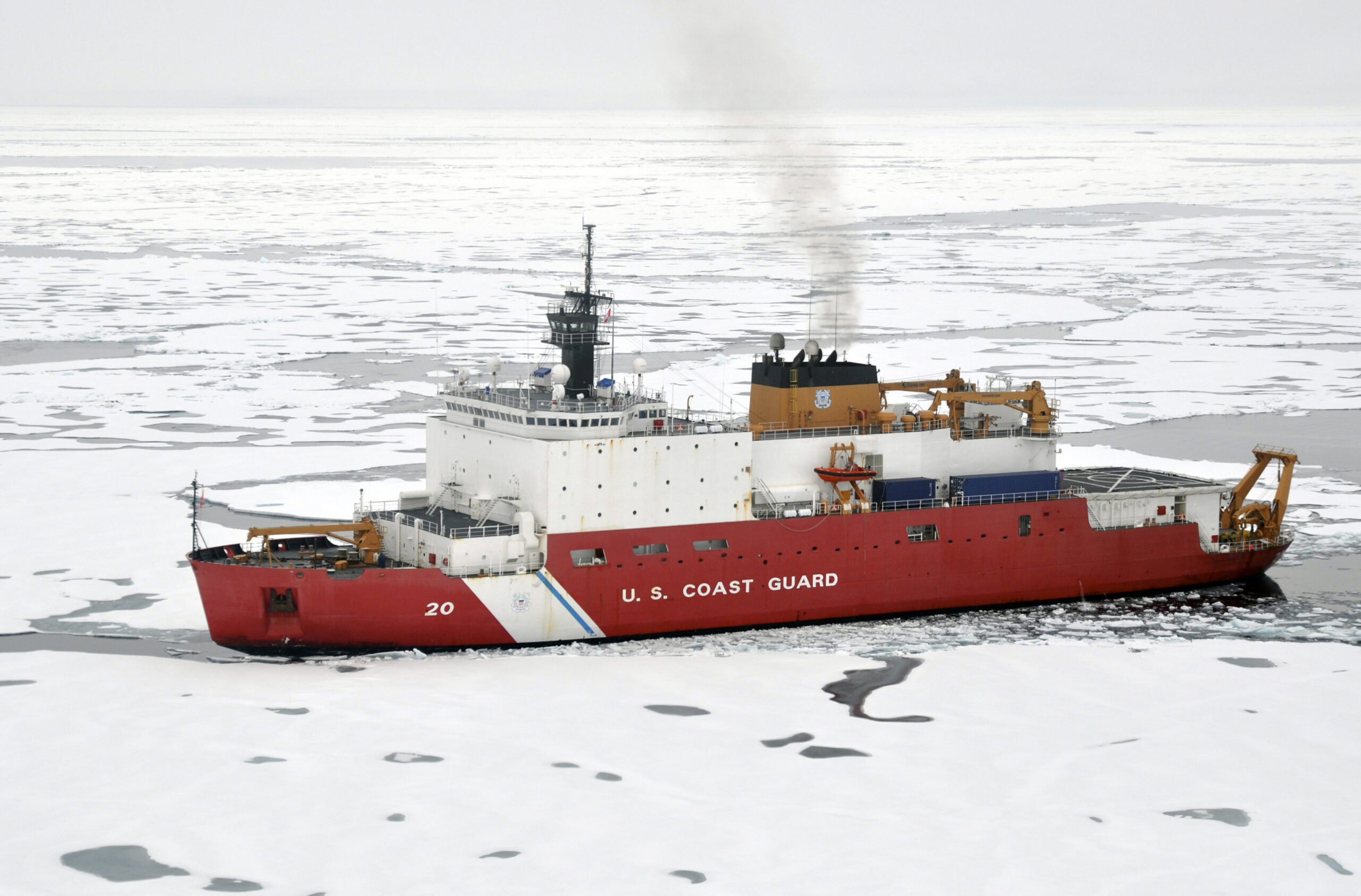 The U.S. Coast Guard is working with the Canadian government to send its medium icebreaker Healy through the Northwest Passage in late summer as part of Washington’s strategy to expand American presence on the world’s oceans, Canadian officials confirmed late Friday.

Speaking during the annual address on the State of the U.S. Coast Guard in San Diego, California on Thursday, USCG Commander Admiral Karl Schultz said U.S. officials along with Global Affairs Canada are planning “a Northwest Passage transit for cutter Healy later this year.”

According to the Arctic Icebreaker Coordinating Committee of the U.S. University-National Oceanographic Laboratory System, Healy will begin its voyage in mid-August in Dutch Harbor, Alaska, and move east through the Northwest Passage. The icebreaker is expected to reach Nuuk, Greenland, in mid-September.

Officials at Global Affairs Canada said Friday that the U.S. Coast Guard approached the federal government regarding a possible voyage of the Healy through the Canadian Arctic Archipelago in the summer of 2020.

“As provided in the 1988 Agreement Between the Government of Canada and the Government of the United States of America on Arctic Cooperation (Arctic Cooperation Agreement), U.S. icebreakers require Canada’s consent to navigate through the waters of Canada’s Arctic archipelago,” Grantly Franklin, a spokesperson for Global Affairs, told Radio Canada International in an email.

“The United States has also submitted a request to conduct marine scientific research while in waters under the sovereignty or jurisdiction of Canada.”

The federal government is reviewing this request, Franklin said.

“Canada is currently collaborating with the U.S to make sure that the Healy will be in a position to respect Canadian rules and regulations, including those related to reducing the spread of COVID-19, while navigating in Canadian Arctic waters,” Franklin added.

Healy was crippled last August after suffering an engine failure that required a complete replacement of the 140-ton power train.

“Our Surface Forces Logistics Center successfully completed emergency repairs on the Healy, returning her to home port in preparation for a historic Arctic patrol this summer,” Schultz said.

The announcement by Schultz comes barely three months after the release by the U.S. Navy, Coast Guard and Marine Corps of the Tri-Service Maritime Strategy, which called for a “sustained American naval presence and partnerships in the Arctic region.”

Canadian defence expert Rob Huebert said the fact that Washington has asked for Ottawa’s consent for the transit is a “clear indication that the relationship is back to normal from the Trump era.”

Cooperating with the U.S. Coast Guard on this transit would send a clear international message that, despite all the blustery rhetoric from the Trump administration questioning Canada’s “illegitimate” claim to the Northwest Passage, Canada is serious about working with the new Biden administration on the shared defence of North America, Huebert said.

Troy Bouffard, director of the Center for Arctic Security and Resilience at the University of Alaska Fairbanks, said the transit is part of “normal business” between Ottawa and Washington in the Arctic.

Under the agreement, Washington “pledges that all navigation by U.S. icebreakers within waters claimed by Canada to be internal will be undertaken with the consent of the Government of Canada.” And Ottawa in turn agrees to grant that consent whenever asked.

Canada claims that the waters of the Canadian Arctic Archipelago that constitute the Northwest Passage are internal waters, but the U.S. disagrees and considers the passage an international strait.

The 1988 “agreement to disagree” allows both parties to stick to their legal claims while working together in the North American Arctic, Bouffard said.

“I think this is the continuation of the bilateral cooperation that needs to happen,” Bouffard said. “I don’t think this is a legacy of any administration. This is something that the United States and Canada have managed for many, many years.”

Given the recent rise in tensions between the West and China and Russia, it’s important for Washington and Ottawa to cooperate in the Arctic, he said.

“I’m excited. I think this is a very timely move that shows the importance of our bilateral relationship, the North American defence, as well as cooperating in an environment that we talk about so much,” Bouffard said.