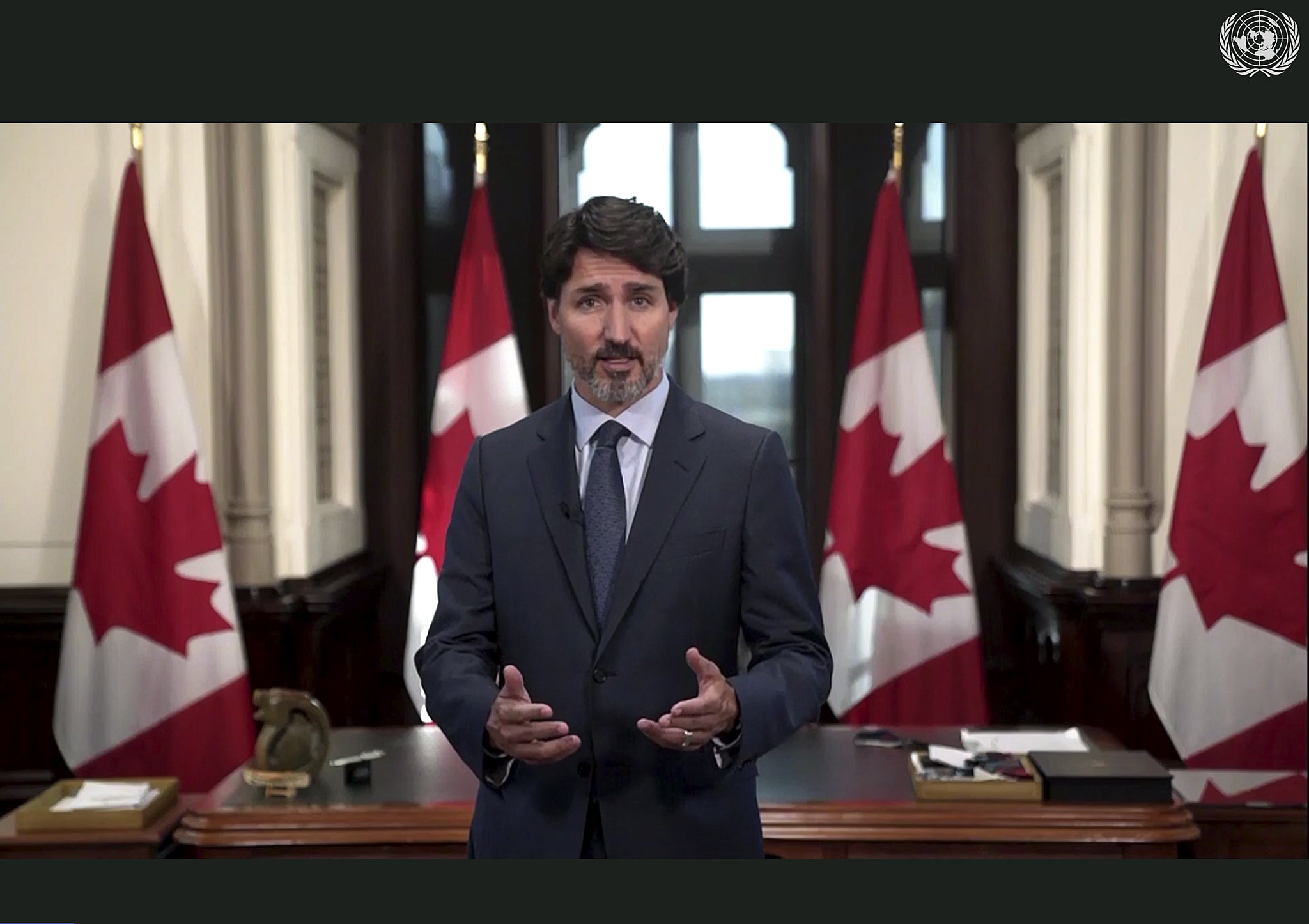 Prime Minister Justin Trudeau warned world leaders on Friday of an impending “climate reckoning” and called on countries to join forces in creating a more equitable international system to confront the 21st century challenges that the existing structures created 70 years ago can no longer address.

Addressing the 75th United Nations General Assembly in a pre-recorded video message, Trudeau warned that the international system created by our parents and grandparents following the carnage of the Second World War has been faltering over the last few decades.

“This is our wake-up call, and we cannot ignore it.”

Just like the generation that lived through the Great Depression and the devastation of the Second World War, the current generation of leaders faces a monumental challenge, he said.

“Time and time again, history has shown us that the price to pay for turning away, for failing to act, is much too high,” Trudeau said.

The institutions created following the Second World War — the United Nations, the International Monetary Fund and other structures that came into existence following the 1944 Bretton Woods agreement — no longer serve us well enough to protect multilateralism and international law, Trudeau said.

“That is what the crisis of COVID-19 has shown, beyond a shadow of a doubt. That things have to change,” the Canadian prime minister said. “And not just on the world stage but at home, too.”

The most troubling realization, he said, is that the COVID-19 pandemic is not even the biggest threat facing the world.

“Right now, our world is facing a climate reckoning,” Trudeau said. “We are at this point because of our collective inability, over the past decades, to make the tough decisions and sacrifices needed to fight climate change and save future generations.”

The world needs a new way of thinking in order to address the challenges of climate change, inequality and health care.

“Too often, concerted action is blocked — the needs of our citizens are denied — as a result of gridlock at decision-making bodies,” Trudeau said.

It was a veiled reference to the UN Security Council, where permanent members such as Russia, China and the U.S. often use their veto power to block moves they deem injurious to their national interests.

There are few consequences for countries that ignore international rules, Trudeau said.

Without naming names, Trudeau called out:

“The world is in crisis, and things are about to get much worse unless we change,” Trudeau said.

“Right now, we have a chance — not a big chance but a chance — to shift course. To realize that the only way through this is together.”

Trudeau also acknowledged that Canada is too small to make a difference alone and urged collective action to tackle the challenges facing the world.

“We must understand our opportunities and our responsibilities to take real action, together. To protect each other, to support each other,” Trudeau said, promising greater support for peacekeeping and international development.

“If we meet this moment, if we rise to this challenge, I know that, like our grandparents did 70 years ago, we will lay the foundations of a better world.”